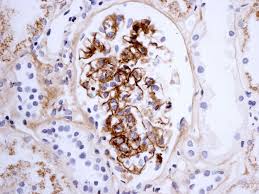 The patient was thought not to be a candidate for laser resection or stent placement given the diffuse involvement of the airways and the extent of the disease into the distal airways. Due to the lack of therapeutic options, it was elected to provide a trial of external beam radiotherapy. Beginning in July 2001, the patient received localized external beam radiation therapy via parallel-opposed anteroposterior-posteroanterior fields. CT simulation was used to plan treatment fields that covered the radiographically defined target with a 2.5- to 3-cm margin. The dose of 24 Gy was delivered in 12 daily fractions using 6-megavolt (MV) photons. In addition, the patient was started on colchicine, 0.6 mg bid.

By August 30, 2001, the patient’s functional status had improved significantly and she was using oxygen only with exertion as opposed to continuous use before radiation therapy. A chest radiograph demonstrated residual atelectasis at the right lung base with significantly improved aeration. Repeat pulmonary function testing at that time revealed an FEV1 of 1.27 L (55% of predicted), FVC of 2.07 L (66% of predicted), FEV1/FVC ratio of 61%, total lung capacity of 4.04 L (77% of predicted), and diffusing capacity of 10.0 mL/min/mm Hg (45% of predicted).
Bronchoscopy was repeated in March 2002. A significant improvement in the appearance of the distal trachea and carina was noted with almost normal restoration of the normal mucosa. The right mainstem bronchus was now open, and there was no endobronchial mass seen (Fig 3). The right upper lobe bronchus was visualized but was narrowed by approximately 80%. The bronchoscope could not be advanced into the right upper lobe segments. The bronchus intermedius demonstrated mucosal thickening with a stenosis of approximately 70%. The bronchus intermedius was partially dilated with a balloon catheter. The right middle and lower lobes continued to show an abnormally thickened mucosa. 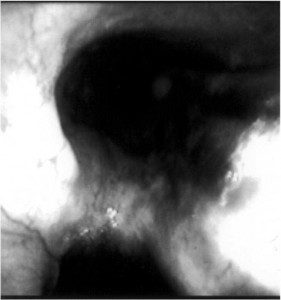 Figure 3. Bronchoscopy after treatment showing restoration of patency of the right mainstem bronchus.