Computed tomography (CT) and MR imaging provide anatomic detail in pulmonary artery disease that cannot be obtained from pulmonary angiography. In pulmonary atresia, MR imaging has shown the presence or absence of pulmonary arteries in regions that are not accessible to catheters. In a small study of 21 patients with pulmonary embolism, high resolution CT […]

Intravascular ultrasound imaging of the coronary A artery has become an accepted standard in the evaluation of atherosclerotic lesions.’ It provides more accurate measurements of stenosis areas as well as a qualitative determination of the histologic components of atherosclerotic plaque.” Recently, intravascular ultrasound of the pulmonary artery has been validated as a reliable and rapid […] 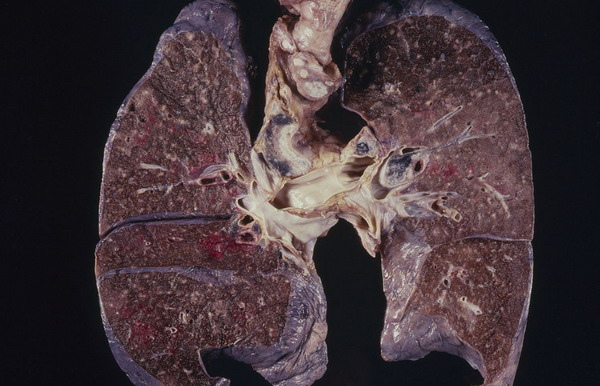 We incorporated 2-D PC cine sequences because of the potential pitfalls with cine GRE sequences and because of previous reports of MRI of PVM using PC cine sequences.-‘ We chose to use relatively low velocity ranges, as we wanted to be maximally sensitive to flowing blood; small areas of aliasing secondary to blood flowing faster […]

The MRI detection and localization of PVM also allows preprocedural planning for selective pulmonary angiography, though pulmonary angiography still remains the gold standard for depicting the number of lesions and the vascular supply of those lesions, especially in those patients who will have therapeutic embolization or surgical resection. Moreover, the spatial resolution and anatomic resolution […] 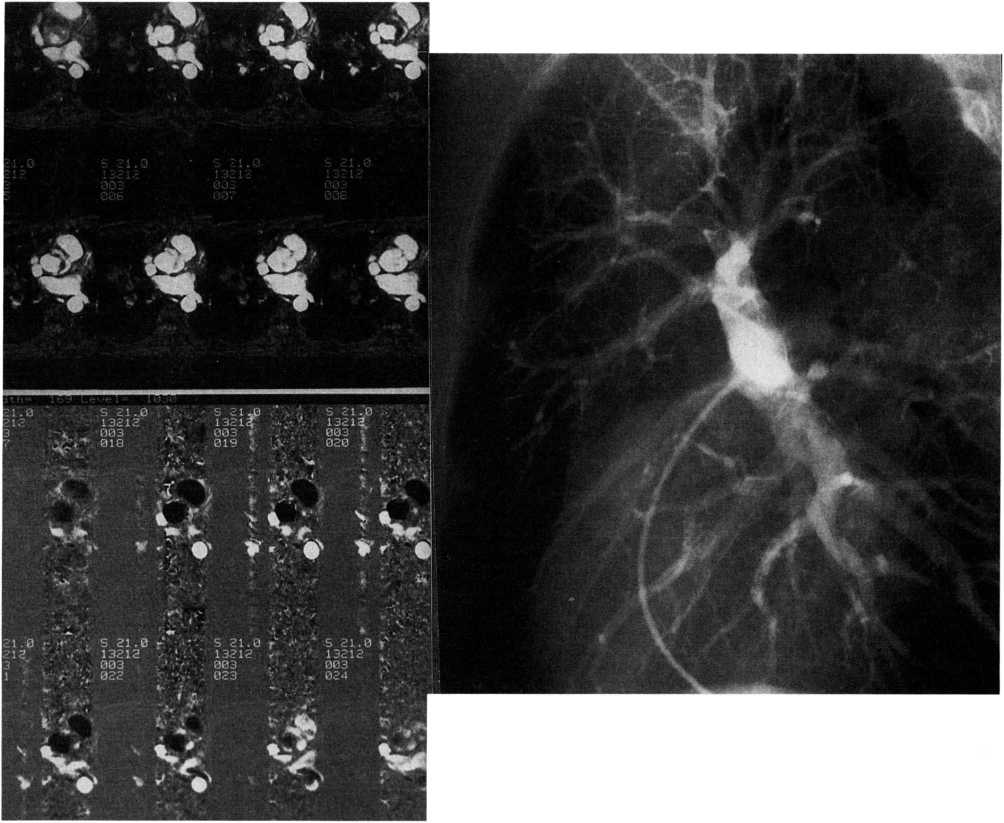 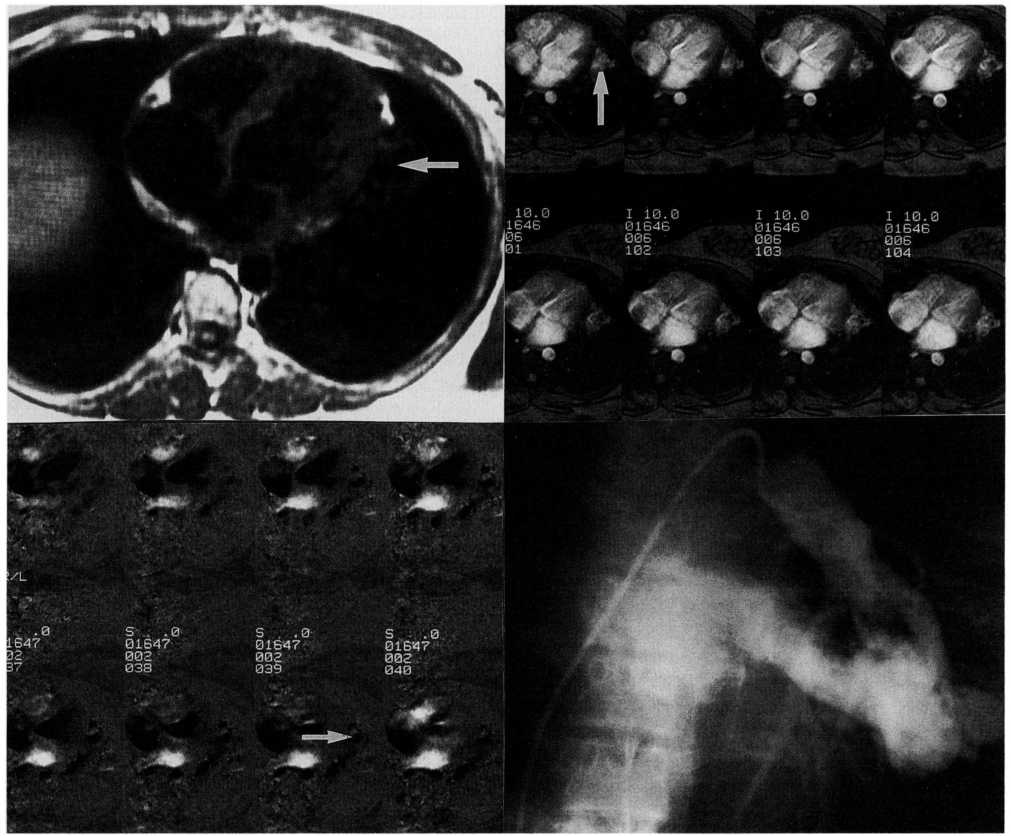 The results of the MRI studies agreed with the findings from the pulmonary arteriograms in all four patients who underwent both studies (Fig 1). The patient with Osler-Weber-Rendu syndrome had a 1-cm nodular region of gray signal in the left upper lobe detected on the spin-echo sequences, but, because of fatigue, refused to have this […]