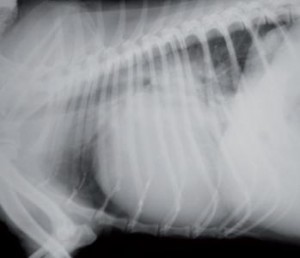 Despite the development of a surgical procedure and postoperative management, the operative mortality in patients with cardiac cachexia associated with advanced mitral valve disease remains high. Many authors have evaluated the risk factors affecting outcome and advocated strategies for patients with cardiac cachexia.
The purpose of this retrospective study was to investigate the risk factors involved in operative mortality, with an emphasis on preoperative nutritional support and the surgical strategy for giant left atrium.
During the period from January 1982 to December 1990, we operated on 25 patients with cardiac cachexia associated with a long history of advanced mitral valve disease. Mitral valve lesions in these patients included mitral valve regurgitation in 15 patients and mitral valve stenosis in 10 patients. The age distribution was 44 to 68 years, with an average of 58 years. Twelve of the patients were men and 13 were women. As the criteria of cardiac cachexia was previously reported by our group, all patients had severe congestive heart failure (New York Heart Association [NYHA] class 4), moderate or advanced tricuspid valve regurgitation, a long history of congestive heart failure (longer than 20 years), cardiomegaly (greater than 0.80 in cardiothoracic ratio), body weight loss less than 80 percent, and hepatosplenomegaly (Table 1). canadian pharmacy mall