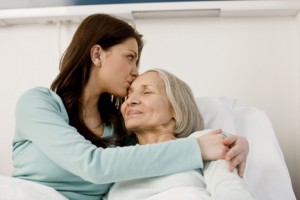 Considering transmitral flow, we can prevent unphysiologic flow in the central-flow prosthetic valve by using a tilting disk valve whose major orifice is oriented to the posterior wall of the left ventricle. Thus, transmitral flow can be oriented physiologically without left atrial plication.
With regard to the malnutritional status associated with cardiac cachexia, body weight may not be a good indicator of nutritional status because of the influence of water and sodium accumulation due to congestive heart failure. The primary nutritional disturbance in cardiac cachexia is reported to be a negative energy and nitrogen balance due to glucose depletion. In most patients with cardiac cachexia, it may be difficult to overcome anorexia and malnutrition by oral nutrition. Food intake is usually inadequate due to dyspnea and appetite loss associated with congestive heart failure. Early satiety may be caused by a lowered functional gastric volume secondary to hepatomegaly, and ascites and anorexia may be exaggerated by pharmacologic agents, particularly excessive amounts of digitalis. Considering the malnutritional status of patients with cardiac cachexia, these patients should receive an intravenous nutritional intervention consisting of a fluid abundant in glucose. Since close follow-up, including measuring fluid intake and output, body weight, and serum urea nitrogen level, provides the physician with an early warning of worsening congestive heart failure, patients can tolerate fluid infusion up to 40 cal/kg/d. Furthermore, when preoperative nutritional support is successfully performed, a subjective symptom like dyspnea, which is more commonly recognized in patients with cardiac cachexia, can be relieved or eliminated in most patients. Based on personal experience, this might be associated with the recovery of respiratory muscle strength and diaphragmatic muscle function. In addition, hyperosmotic fluid may contribute to eliminating the ex-travascular pulmonary fluid volume and improving pulmonary edema secondary to a long history of mitral valve disease.