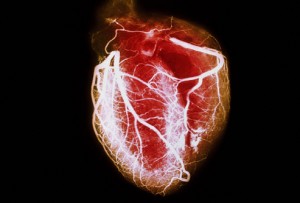 Changes in intrathoracic pressure caused by intermittent positive airway pressure as well as positive end-expiratory pressure (PEEP) may influence left and in particular right ventricular (RV) function. Differences not only in the level of PEEP” but also in the tidal volume, the inspiration:expiration ratio, and the mode of ventilation’ have been shown to result in differences in cardiocirculatory function due to changes in preload and afterload. Since an impaired R V is more dependent on optimal preload and afterload than a healthy ventricle due to a reduced ability to compensate changes in loading conditions,” the RV response seems also to depend on the baseline RV function. Asthma inhaler Here Especially after cardiac surgery, RV function may be impaired,” requiring a precise monitoring of RV hemodynamics. Thus, the mode of ventilation and weaning may cause an important additional influence on RV function in these patients.
Pressure support ventilation (PSV) up to a pressure support level of -1-30 cm H2O has been reported to be as safe and successful as continuous positive pressure ventilation with PEEP in patients after cardiac surgery; RV response, though, has not yet been assessed in these studies. There is no information available on RV function during a ventilatory weaning technique (biphasic positive airway pressure ventilatory support system [BiPAP-Respironics]) first described by Baum et al. Airway pressure release ventilation system, (APRV), a similar technique to the BiPAP system, is supposed to contribute to a greater hemodynamic stability than continuous positive pressure ventilation. Valentine et al described a higher PVR during APRV in comparison to PSV and no differences in other hemodynamic variables. Since RV volumes or RV ejection fraction (RVEF) were not evaluated in this study, further investigations are necessary to delineate potential hemodynamic differences in critically ill patients.
Therefore, the aim of this study was to assess RV end-systolic volume (RVESV), RV end-diastolic volume (RVEDV), and RVEF during postoperative weaning from controlled ventilation using PSV and the BiPAP system in patients after coronary artery bypass grafting.