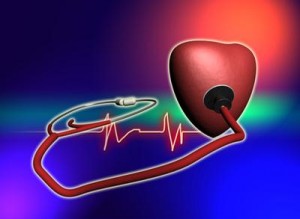 In the present study, the BiPAP system and PSV were performed successfully during weaning from the respirator in 22 patients after coronary artery bypass grafting. The main finding was a small but significant increase in RVEDV and RVESV and a significant depression in RVEF, while RV afterload increased significantly with the BiPAP system compared with PSV. The similar Cl during both weaning modes implies that the increase in PVRI with the BiPAP system is a primary phenomenon and not calculated from changes in flow. Both weaning modes were performed in all patients randomized; the HR, SVRI, and MAP remained unchanged and no volume substitution or changes in intravenous catecholamine therapy were performed during the study periods. Therefore, it seems unlikely to attribute the increased afterload with the BiPAP system to differences in the level of catecholamines due to different states of awareness or stress, to recovery from the postoperative depressed RV function, or to alterations in pharmacologic therapy.
Differences in cardiocirculatory function due to changes in preload and afterload have contributed to differences in the level of PEEP,’ in tidal volume, and in the inspiration:expiration ratio. Differences in RV afterload have also contributed to differences in ventilatory modes.’ In agreement with our results, APRV, which is closely similar to the BiPAP mode, was reported to cause a higher PVR compared with PSV, but neither RV volumes nor ejection fractions were evaluated in their study. Similar results were reported by Biondi et al comparing RV response on assist control ventilation, intermittent mandatory ventilation (IMV), and spontaneous breathing. Buy birthcontrol online there During assist control ventilation, PVR was higher than during IMV and lowest during spontaneous breathing. Changes in PVR were directly related to changes in RVEDV and RVESV and inversely related to changes in RVEF demonstrating the afterload dependency of RV function. Biondi et al concluded that RV function is more impaired during assist control ventilation compared with IMV and best preserved during spontaneous breathing. In accordance, the RV function in the present study was more impaired during the BiPAP mode, a combination of pressure-controlled ventilation and spontaneous breathing, compared with the spontaneous breathing in PSV. This seems to be due to the increase in RV afterload during the BiPAP mode which may be attributed to differences in the respiratory support between both modes.