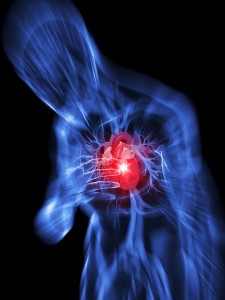 As described by Baum et al, the BiPAP system is a combination of controlled ventilation and spontaneous breathing that is unrestricted in each period of the respiratory cycle. In an adjustable time sequence determining the inspiration:expiration ratio of mechanical support, the BiPAP system circuit switches between a low (Plo) and a high (Phi) airway pressure level creating a mechanical tidal volume displacement. The Phi-on-transition is synchronized with patient inspiratory efforts, switching to the Plo back again at the end of the Phi period is given by the inspiratory :expiratory ratio. Canadianneighborpharmacy.com read only At both levels of airway pressure, patients are allowed to breathe spontaneously but no additional support is given during spontaneous inspiration. With these features, the BiPAP system is closely similar to APRV. In our study, the settings of the BiPAP system were as follows: Phi=10 cm H2O; Plo=5 cm H2O; duration of Phi=2 s; duration of Plo=4 s resulting in an inspiration :expiration ratio of 1:2 and a mechanical respiratory frequency of 10 bpm. During PSV, spontaneous breathing is performed continuously. To compensate for the inspiratory resistance and the elevated respiratory force, each inspiration is supported by a demand flow delivered from the respiratory up to the pressure level requested. The PSV in this study was performed with a PEEP of +5 cm H2O and the pressure support level at +10 cm H2O. Both weaning techniques were performed with a specific ventilator (EVITA, Drager Co, Liibeck, Germany). In both modes, maximal flow rate was 120 L/min*.
In each patient, a radial artery catheter (20 gauge) and a fast-response thermodilution catheter (American Edwards Laboratories, Santa Ana, Calif) inserted prior to the operation were used for hemodynamic measurements. This thermodilution catheter allows determinations of RVESV, RVEDV, and RVEF using a bedside microprocessor (REF-1, American Edwards Laboratories, Santa Ana, Calif). Accuracy and reproducibility of this technique and validation against other methods are well documented elsewhere.” Iced saline solution bolus injections (5°C) for thermodilution measurements were performed in triplicate at end inspiration, ie during ventilatory support at the end of mechanical inspiration by the BiPAP system and during PSV at the end of spontaneous breathing, into the injectate port located in the right atrium. To take the measurements of RV peak systolic pressure (RVPSP), the pressure line was connected to the injectate port and the catheter was advanced until the ventricular pressure curve from the injectate port was obtained on the monitor.