Of the 47 subjects who were initially recruited to the study, two subjects dropped out because they had exacerbations during the assessment period. Demographic and anthropomorphic data, and pulmonary function test and exercise test results are shown in Tables 1, 2. Forty-five subjects (37 men and 8 women; mean age, 71.8 ± 8.3 years; mean FEV1, 41.9 ± 13.0% predicted) completed the study. There were significant increases in RPDs and RPEs after pulmonary rehabilitation for both the 2MWT and 6MWT. The magnitudes of RPDs and RPEs were comparable to those of other studies. Small but significant differences in the end of test RPEs between the 2MWT and the 6MWT indicated that the 6MWT was more exhausting to perform than the 2MWT (mean RPE in 2MWT, 3.0 ± 2.0; mean RPE in 6MWT, 3.3 ± 0.3; p < 0.05).
The mean distances walked during the three 2MWTs were 129.5 ± 28.7, 129.8 ± 28.8, and 130.3 ± 28.7 m, respectively (Table 3). The high intraclass correlation coefficient (R = 0.9994; p < 0.05) indicated that the repeated measurements were highly correlated, thus confirming its high reliability. Here

Table 4—Correlations Between 2MWT and Different Measures of Exercise Capacity 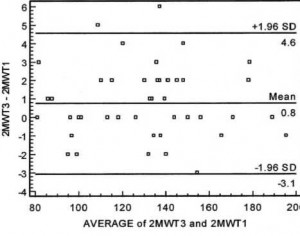 Figure 1. Differences in 2MWT results between trials 1 and 2. 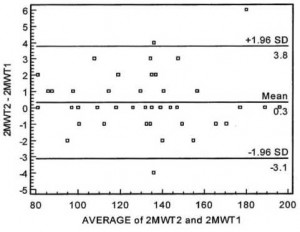 Figure 2. Differences in 2MWT results between trials 2 and 3. 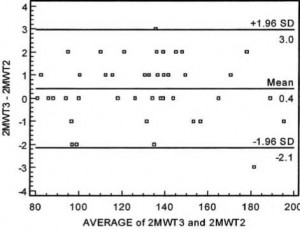 Figure 3. Differences in 2MWT results between trials 1 and 3.