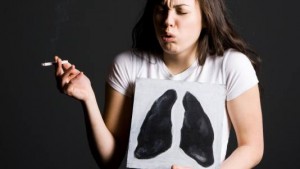 ECG activity was monitored continuously, and systemic arterial BP was registered every 2 min. Subjects were asked to quantify their perceived dyspnea and exertion by pointing at a 10-point modified Borg scale before and at the termination of the test. Wmax (measured in Watts) was defined as the highest work level reached, and Vo2max (measured in milliliters per minute and milliliters per kilogram per minute) was defined as the highest oxygen uptake achieved during maximal effort for an incremental exercise test.
All statistical analyses were performed using a statistical software package (SPSS, version 11.5; SPSS; Chicago, IL), except for the Bland-Altman plot (MedCalc; Mariakerke, Belgium). Data were checked for normal distribution, and the means ± SDs were calculated. The results of the Borg ratings were analyzed by appropriate nonparametric tests. A p value of < 0.05 was considered to be statistically significant. A Bonferroni adjustment was performed as indicated for the analysis. The reliability of the 2MWT was determined by the intraclass correlation method (a two-way random-effects model) and the methods described by Bland and Altman. More info

Pearson correlation tests were used to analyze the relationships between the 2MWT and the 6MWT, Vo2max, Vo2max per unit of body weight (Vo2max/kg), and Wmax, respectively. The interpretation of the strength of the correlations was based on a grading scheme used by Cohen and Holiday. Paired t tests were used to assess the effect of pulmonary rehabilitation on exercise capacity. Effect size (mean change/SD of baseline scores) and standardized response mean (mean change/SD of change scores) were calculated to evaluate the internal responsiveness (characterizing the ability of a measure to change over a prespecified time frame) of the walk tests. Values of 0.20, 0.50, and > 0.80, respectively, have been proposed to represent small, moderate, and large responsiveness. A correlation analysis between the change in the 2MWT and the change in the 6MWT distances walked was conducted to evaluate the external responsiveness (reflecting the extent to which change in a measure relates to a corresponding change in a reference measure of clinical or health status) of the 2MWT.