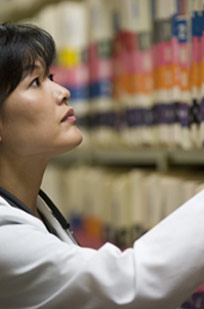 Viagra (Sildenafil) has been approved in over 50 countries. As of November 1998, 6.4 million prescriptions had been filled within the United States, representing over 50 million tablets dispensed. This equates to over 3.5 million men and corresponds to a cumulative exposure of 25 million man-weeks since the drug was launched in April 1998. To help track potentially important adverse events following the release of new drugs, the Spontaneous Reporting System has been developed. Spontaneous reports are based on a worldwide reporting system. Initially, reports are made to a manufacturer, a regulatory body, or both. They are received from multiple sources, including healthcare providers, consumers, media registries, the literature, and lawyers. Reports are received that may be duplicates, may be poorly detailed, or may even be spurious. Despite these limitations, the system is important to both manufacturers and regulators worldwide and is a necessary part of monitoring drug safety. Spontaneous reporting is the primary method of signal detection for events that occur at a very low incidence rate.

A scattering of visual reports related to sildenafil have been received by the Food and Drug Administration; these include diplopia, temporary vision loss or decreased vision, ocular redness or bloodshot appearance, ocular burning or pain, eyelid swelling, increased IOP, retinal vascular occlusion or bleeding, vitreous detachment or traction, and paramacular edema. Overall, the lack of either pattern or concentration of finding is reassuring.

Once received, reports are recorded on standard MEDWATCH forms. Both the FDA and the manufacturer retain copies. Under the Freedom of Information Act, the FDA office of Postmarketing Drug Risk Assessment in the Center for Drug Evaluation Research will supply a summary of all adverse events recorded for an individual agent upon appropriate request. Moreover, by specific request, copies of individual case safety reports can also be obtained. The FDA prefaces its summary of adverse events with a thoughtful guide to interpretation. This guide emphasizes, among other factors, inadequacies of the system as regards underreporting and misassignment of cause and lack of complete information about the actual number of drugs taken and their dosage and about the severity and nature of underlying disease. For ophthalmology, a special resource is available. The National Registry of Drug Induced Ocular Side-Effects not only receives individual reports from ophthalmologists and other health professionals concerning ocular adverse events but also maintains a continuous international surveillance. This surveillance includes reports from the worlds literature, from the Spontaneous Reporting System of the World Health Organization, and from the FDA. The results are disseminated by publication in Drug Induced Ocular Side-Effects. Buy Revatio (Sildenafil)

As mentioned previously, reported ophthalmic adverse events following sildenafil are relatively few and broadly distributed. In confirmation of observations made during clinical development, external signs and symptoms characteristic of conjunctival vasodilatation are reported. These present variously as conjunctival injection, ocular redness, bloodshot appearance, and ocular burning. Two instances of extraocular muscle paresis have also been documented. One case was reported recently in the American Journal of Ophthalmology. In this instance, a pupil-sparing third nerve paresis occurred 36 hours after a 56-year-old man with preexisting microvascular disease took a 50 mg dose of sildenafil. The second case, available through MEDWATCH, involved a sixth nerve palsy in a 76-year-old man with diabetes.

Within the eye, posterior vitreous detachment, retinal hemorrhage, and vascular occlusion have all been reported, most commonly in individuals with preexisting diabetes mellitus. These reports are infrequent. As is common in such instances, reasonable attribution of cause requires the emergence of a clear pattern of clinical event related to drug ingestion. In effect, for a clear “signal” to emerge, it must overcome the “noise” of expected incidence in the absence of drug ingestion. At present no such clear signal of serious pathology from sildenafil has emerged. For attribution of vascular events to sildenafil, the need to distinguish tme drug effect from unaccustomed exertion during sexual arousal adds a level of complexity. Buy Viagra Professional (Sildenafil)

Adverse events related to PDE6 inhibition are most often recorded as “abnormal vision,” recovered without specification as to whether the visual disturbance related to a color deficit, enhanced brightness, or altered visual acuity. Since the events are transient, fully reversible, and not unexpected, underreporting is manifest. As a caution, out of concern that a selective susceptibility may be present, those with hereditary retinal degenerations are warned of special risk in the drug label.

Also consistent with data obtained during clinical development are 2 recent studies. In one, Vobig and associates found that a 100 mg oral dose of Viagra in 5 healthy men did not affect visual acuity, color vision, IOP, visual field, or visual evoked potential. The a- and b-wave amplitudes of the ERG were moderately reduced 1 hour after drug administration, returning to normal within 6 hours. Scotopic and photopic implicit times were not significantly altered. Zrenner has estimated that the recorded diminution in b-wave amplitude corresponds to a loss in light sensitivity of 0.2 log units, or approximately equivalent to the light-absorbing effect of a car windshield. A second report, available only in abstract form at present, also documents the acute effects of sildenafil. Six patients with erectile dysfunction were tested before and then 1 to 3 hours after taking a 100 mg oral dose of sildenafil. In this series, the implicit time of the scotopic ERG was selectively lengthened while the scotopic wave amplitudes and the entire photopic ERG were spared. P 100 implicit times for the visual evoked potential did not show any significant change. Of great interest, 3 patients describing color vision disturbances were found not only to have intact visual acuity and visual field but also to have only slightly increased errors in Farnsworth panel tests. The investigators suggest that therapeutic doses of sildenafil have minor acute effects on visual function, with the rod photoreceptors preferentially affected.

Despite the best intentions of both the FDA and pharmaceutical companies, flaws are evident in the evaluation of drug side effects. Some, such as underreporting, are unavoidable. One deserves special mention: inadequate follow-up to individual MEDWATCH reports. The information on the MEDWATCH form frequently is insufficient to permit a considered judgment; often it just is not possible to arrive at valid conclusions in the absence of a detailed case description. And unfortunately, despite best efforts by either the FDA or a pharmaceutical company, full details are often unobtainable. Order: Viagra Super Active (Sildenafil)

For ophthalmology, the situation is partially alleviated both by the existence of the National Registry for Ocular Side Effects and also by a longstanding tradition of informative case reporting in ophthalmic journals. Thus, the discovery that the beta-blocking agent practolol could cause an oculomucocutaneous syndrome serves as a clear illustration of a serious adverse event brought to clinical attention by this means. Similarly, the report of mental aberrations, temporary in nature, following local instillation of cyclopentolate eye drops, illustrates clinical discovery of a less serious adverse event. In both instances, astute clinical observation led to a case report that enhanced clinical awareness. Buy Viagra Jelly (Sildenafil Citrate).