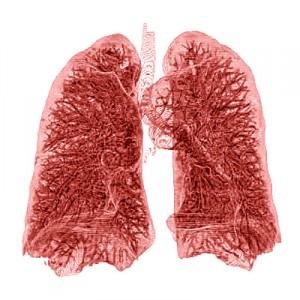 Methacholine inhalation challenge testing was performed as previously described. Solutions were aerosolized by a nebulizer (DeVilbiss 646) powered by an air compressor (DeVilbiss). All inhalations were 6-s vital capacity inhalations followed by 2 s of breathholding. Seconds were counted aloud from a digital stopwatch after careful instruction and practice. Inhalations were done seated and wearing noseclips. The protocol consisted of six levels, which varied in the number of inhalations and the methacholine concentration as follows: five inhalations at 0 mg/ml (phenol-buffered saline solution alone), one inhalation at 1 mg/ml, one inhalation at 5 mg/ml, four inhalations at 5 mg/ml, one inhalation at 25 mg/ml, and four inhalations at 25 mg/ml. Inhalation series were performed at 5-min intervals. After each inhalation level, spirometry was performed as described above at 30, 90, and 180 s. If the first two spirograms at each level were consistent (FVC and FEV, within 5 percent), then the higher FEV, value of these two was chosen for analysis. Otherwise the higher FEV, value from the two most consistent acceptable spirograms was used. Testing was terminated when a 20 percent decline in FEV, occurred or at the end of the protocol. Nebulizer output was determined by weighing the nebulizer before and after a series of inhalations performed in the same manner as they would be performed during the challenge test. These output measurements were repeated periodically and remained consistent throughout the interval during which these data were collected. The mean nebulizer output was 0.0645 ml per inhalation, indicating cumulative methacholine doses of 0 (saline solution), 0.330, 1.98, 8.58, 16.8, and 49.8 p.mol of methacholine at the six respective levels of the protocol. canadian neightbor pharmacy