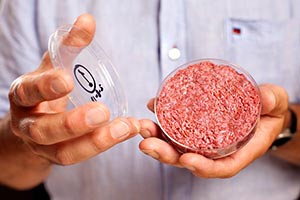 Our results show that there is a positive association between long-term exposure to grain dust and increased prevalence of respiratory symptoms. Our findings suggest a dose-response relationship between years worked in the grain industry and the prevalence of chronic respiratory symptoms. Based on the ongoing intermediate cross-sectional analysis of these data, actions were taken from the early 1970s to the mid-1980s to reduce the maximum allowable grain dust in the Canadian grain industries. Seventy percent of grain elevators had achieved dust control by 1986 (cycle 3 ended in 1987). Based on the longitudinal analysis of these data, we observed that implementation of dust control preventative measures in grain elevators was effective and contributed to the reduction of respiratory symptoms. The prevalence (predicted probability) of chronic respiratory symptoms increased for all three smoking categories with increasing number of years in the grain industry, but the increase was much lower after dust control measures were widely implemented. comments

These prevalences were highest for current smokers. For chronic wheeze, chronic cough, and chronic sputum, these prevalences were very similar for ex-smokers and nonsmokers. Several controlled epidemiologic studies have demonstrated that grain dust cannot be considered as a nuisance or inert dust; grain dust has a range of biological activities mediated through different cell types. Pahwa et al evaluated the relationship between the long-term effects of grain dust and decline in the lung function measurements among grain elevator workers in Saskatchewan, Canada, studied over a 15-year period. The authors reported that the yearly loss in lung function test variables increased with increasing years in the industry among nonsmoking, ex-smoking, and smoking grain workers; and that the decline in lung function during the first three cycles was much faster compared to the decline in cycle 4 and cycle 5. However, in this article, longitudinal changes in the chronic respiratory symptoms were not reported. A cross-sectional study was conducted in Nigeria to study the occupational health problems of various groups of workers. This study consisted of 91 flour millers, 30 matched internal control subjects from the maintenance unit of the same flour mill factory, and 121 matched external control subjects. Based on this study, it was reported that respiratory symptoms were more prevalent among wheat flour mill workers compared with control subjects. Their study concluded that flour millers in Nigeria, like many grain workers in other countries, were at increased risk for both pulmonary and nonpulmonary symptoms compared with control subjects.