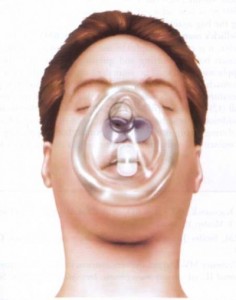 The cost of appropriate outpatient care was determined in the same way based on one ED visit without patient relapse, which was defined as an unscheduled medical office or ED visit within 72 h of hospital discharge. The cost of inappropriate inpatient care was based on the average cost in 2004 for conditions denoted by ICD-9 codes 49390 and 49392 for a 1-day hospital admission. This cost also included the ED charges. These patients were identified in the study cohort as those patients who had received a level of care that was low and could have been rendered as an outpatient. The cost of inappropriate outpatient care was based on the average 2004 costs for the initial ED visit and the cost of appropriate inpatient care described above (which included the second ED visit). The costs of inappropriate outpatient care do not contain the actuarial costs associated with the hypothetical risk of death as a result of asthma mistreatment. ICD-9 code 49391 was not utilized in this analysis as status asthmaticus is an infrequent diagnosis and is nonuni-formly applied by hospital billing services. buy eye drops
Based on cost-of-care estimates, the estimated mean cost per patient was assessed for each possible AT-PP threshold. This was accomplished by first estimating the costs associated with each of the four possible combinations of decision (ie, patient AT-PP greater than the threshold value vs less than or equal to the threshold value) and outcome (ie, admitted to the hospital vs discharged from the hospital and inappropriately admitted to the hospital vs relapsed), as follows: (1) true-positive finding = $7,340; (2) true-negative finding = $1,002; (3) false-positive finding = $3,765; and (4) false-negative finding = $7,872. These four costs were multiplied by the number of patients in their matching decision/outcome combination (total cost per decision/outcome); these subsequent four values were then summed (total cost for all patients), and the sum was then divided by the total number of patients (mean cost per patient). The result produced the mean cost per patient as a function of threshold in patients with AT-PP.
Respiratory rates from the AT-PP processing were compared to corresponding values obtained by the research assistants from direct visualization. Separate regression models were constructed for the pretreatment and posttreatment AT-PP measurement periods. These data were also pooled and analyzed in a Bland-Altman plot.