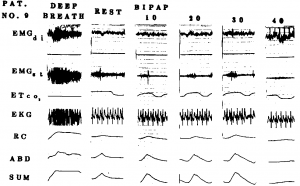 Figure 2. Representative tracings from our patient 9 during deep breath, rest, and BiPAP ventilation. Deep breath was to confirm the optimal positions of the electrodes. The integrated EMG activity of sternocleidomastoid muscle (iEMGst) showed gradual improvement from rest to 40 min after BiPAP ventilation. 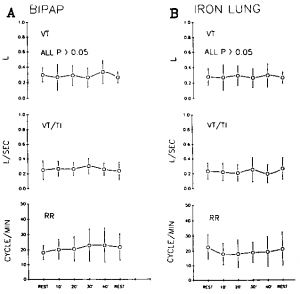 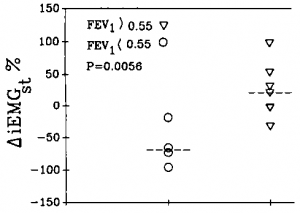 Figure 5. The change in iEMGst after 40 min use of BiPAP was divided by the baseline iEMGst to obtain AiEMGst. When baseline FEV, of the patients was below 0.55 L (n = 4, circles), iEMGst w’as markedly improved. Conversely, iEMGdi kept unchanged or even increasing in patients with FEV, above 0.55 L (n = 7, triangles). The AiEMGst between these two groups was statistically significant (- 62.93 percent ± 23.27 percent vs 32.45 percent ± 42.79 percent, p = 0.0056). The dash lines are the mean values of both groups. Values represent mean ± SD. 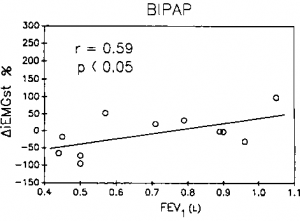 Table 2—Comparison of Pulmonary Function and Arterial Blood Gases (ABG) Between the Patients With FEV, Above 0.55 L and Those With FEV, Below 0.55 L