The trial was conducted between July 2001 and March 2003. Overall, 241 patients were screened, and 141 patients (80 in the United States and 61 in South Africa) were randomized to receive treatment at 60 sites within these countries (CIC640, n = 47; CIC1280, n = 49; placebo, n = 45). Patient disposition throughout the clinical trial is shown in Figure 1. The ITT population consisted of 140 patients; 1 patient in the CIC1280 group was excluded due to not having postbaseline measurements. All 141 randomized patients were included in the safety population. All patient characteristics, including the mean lowest effective prednisone dose, were comparable between the treatment groups at baseline (Table 5).
Concomitant asthma medication received by a 5% of patients in the safety population during the double-blind study period (not including albuterol) included long-acting selective (32-adrenoceptor agonists (63.8%), xanthines (43.3%), leukotriene receptor antagonists (39.0%), anticholinergic agents (18.4%), and combination short-acting selective (32-adrenoceptor agonists and anticholinergic agents (14.2%). The use of these medications was comparable among the treatment groups. Non-asthma concomitant medication taken during the study period by a 40% of the patient population included analgesics, nasal preparations, dermatologic corticosteroid preparations, medications for gastric acid-related disorders, antihistamines, and obstructive airway diseases. read more
The ICS used by patients in the ITT population at randomization included budesonide (37.9%), fluticasone (31.4%), fluticasone/salmeterol combined (27.1%), beclomethasone (2.9%), triamcinolone (2.1%), beclomethasone hydrofluoroalkane (0.7%), and flunisolide (0.7%). Previous use of ICS was comparable among the study treatment groups.
More than 93% of patients in each treatment group had a compliance rate of a 90% with the study medication. This rate was calculated from the daily diary recordings at the end of the study. 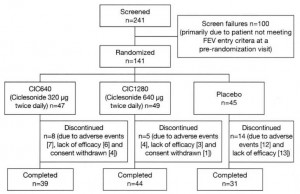 Figure 1. Disposition of patients throughout the trial (patients may have had more than one reason for discontinuation; therefore, numbers are not additive).