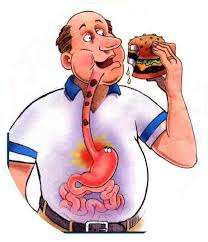 While impedance monitoring allows for the detection of air and liquid reflux without requiring a pH shift to detect the liquid reflux, the simultaneous monitoring of pH helps to determine whether the liquid reflux observed by impedance was acidic in nature. Dual-impedance pH monitoring may also help to determine the roles of esophageal manometry in diagnosing cough and esophageal dysmotility in causing cough due to GERD. While a high prevalence of abnormal esophageal manometric measurements have been reported in a group of patients with chronic cough thought to be due to GERD, and manometry was the only abnormal test result in 32% of patients, a randomized, prospective study utilizing a control group of patients with cough due to conditions other than GERD will be required to determine whether manometry is a useful diagnostic test for distinguishing cough due to GERD from cough due to other diseases. Moreover, a randomized, prospective, double-blind, placebo-controlled trial will be required to determine whether esophageal dysmotility is pathogenetically linked to cough due to GERD. canadian health&care mall

As stated above, the findings of chest-imaging studies, laryngoscopy, and bronchoscopy can be entirely normal when GERD is the cause of cough. In this context, GERD most likely has caused cough via stimulation of an esophageal-bronchial reflex pathway. While laryngoscopic findings and broncho-scopic findings, putatively due to GERD, have been published, it is not known how specific any of the findings are for injury due to GERD because they may also be potentially caused by the trauma of coughing itself (also see the “Complications” section elsewhere in this Supplement).
Lipid-laden alveolar macrophages have been prospectively evaluated as a marker of aspiration by BAL in patients with pulmonary parenchymal lung diseases and by induced sputum in patients with either GI symptoms without respiratory complaints or patients with mild asthma in the context of normal chest radiographs. In the first study, the mere presence of lipid-laden alveolar macrophages in lower respiratory tract secretions was found to be a nonspecific marker of parenchymal lung disease because the presence and/or appearance of intracellular lipid in these cells was not helpful in differentiating aspiration from nonaspiration as the cause of the lung disease.