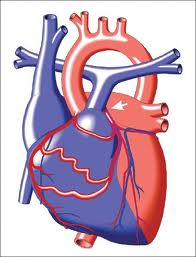 Animal studies performed over four decades ago showed that vasopressin (Pitressin) produced a marked reduction in coronary blood flow. Based on these data, its administration was proposed as a test of “coronary insufficiency.” In 1947, Rusldn reported that when vasopressin was given to individuals with typical angina pectoris, electrocardiographic changes developed that were comparable to those induced by exercise testing. Furthermore, the author urged caution with its use in this setting: “otherwise serious and even fatal myocardial ischemia and necrosis may result.” Nevertheless, intramuscular injections of vasopressin were in common use at that time to eliminate intestinal gas prior to cholecystography. Several instances of acute myocardial infarction or sudden death that appeared to be temporally related to such injections were reported.

Although the indications for vasopressin in gastrointestinal radiology have been long abandoned, it still finds widespread use for the control of upper gastrointestinal hemorrhage. The administration of vasopressin for this purpose has also been associated with serious cardiac complications. Even though recent animal experimentation has yielded conflicting results, the assumption remains that the cardiac morbidity observed with the clinical use of vasopressin is mediated by a drug-induced alteration in coronary blood flow. Herein presented are the results of thallium 201 (201Tl) scintigraphy performed during low-dose infusions of vasopressin. The development of drug-induced reversible abnormalities in myocardial perfusion was investigated, and these findings correlated with clinical, electrocardiographic, and anatomic data.

Sixteen patients without a previous history of heart disease who received a continuous infusion of vasopressin for the treatment of massive upper gastrointestinal hemorrhage had 201Tl scintigraphy performed before and after discontinuation of the vasopressin. After the gastrointestinal bleeding had ceased for at least 24 hours and blood transfusions were no longer required to maintain hemodynamic stability, the vasopressin dose was reduced in a step-wise fashion over 12 to 24 hours. If the patient remained clinically stable when the lowest infusion rate was reached (0.1 to 0.2 units of vasopressin/per minute), 2.0 mCi of 201Tl were injected intravenously. Ten minutes later, 250,000 count images of the myocardium were obtained in the anterior, 30° LAO and 60° LAO projections. The vasopressin infusion was then discontinued, and two to three hours later, the three views were repeated. The scans were interpreted subjectively by readers that were blinded to the clinical information. All patients were under continuous oscilloscopic cardiac rhythm monitoring during the entire vasopressin infusion. TWelve-lead ECCs, pulse rate, and arterial blood pressure were recorded within 15 minutes of each set of 201Tl scintigrams.

Characteristics of the patient population are summarized in Table 1. There were 11 men, average age 48 years (range 35 to 90), and five women, average age 60 years (range 40 to 82). Endoscopy localized the bleeding site to esophageal varices in nine instances, a Mallory-Weiss tear in three, gastric varices in two, gastritis in one, and gastric ulcer in another. The vasopressin was administered as a continuous infusion via a peripheral vein in 13 patients, a celiac trunk catheter in two, and a superior mesenteric artery catheter in one. The maximum dose of vasopressin ranged from .1 to .8 units/min. None of the patients were receiving nitrates or calcium channel blockers at the time of the 201Tl scans. Hemodynamic variables were compared before and after the vasopressin infusion using a paired Students t-test.