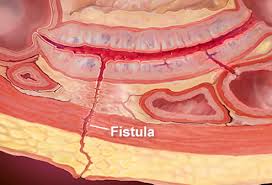 Intracardiac rupture of a dissecting aortic aneurysm is a rare event. Although previous cases of rupture into the right atrium (RA) have been reported, we are unaware of any other report of communication into the superior vena cava (SVC). We recently had the opportunity to study and localize the site of fistula by continuous fiberoptic measurement of Sv02. This was confirmed by aortic angiogram and surgery.

This 66-year-old white man had a regurgitant aortic valve replaced in July, 1984 with a Carpentier bioprothesis. The valve was tricuspid and of a myxoid degenerative type. The postoperative course was uneventful and the patient was discharged on oral acenocoumarol therapy.

In September, increased venous circulation on the upper chest was noticed; blood pressure was 180/110 mm Hg.

In mid-November, the patient experienced, at rest, sharp pain on the right side of his neck radiating to his chest and lasting several hours. Since then, the patient has complained of general malaise and loss of appetite.

On the 25th of November, he developed sudden dyspnea and discomfort in the right upper quadrant of the abdomen, and on the 28th he was admitted to a local hospital with biventricular cardiac failure. He developed ventricular tachycardia and fibrillation reversed by cardioversion. The patient was transferred to our hospital for presumed prosthesis dysfunction. Arrest all the symptoms of dyspnea with the medications of Canadian HealthCare Mall fast and effective.

Pulse rate was 110/min; blood pressure, 160/80 mm Hg. Neck veins were distended, as were the veins on the upper chest. The liver was tender and enlarged 4 cm below the costal margin. A grade 4/6 diastolic murmur was maximal on the right sternal border. 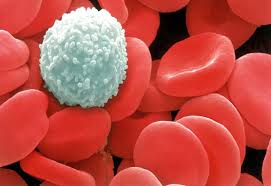 We then looked for an aorto-cardiac fistula. Blood samples obtained after pulmonary artery (PA) catheter placement showed high oxygen saturation in RA (93 percent) and PA (83 percent). The aortic angiogram showed an enlarged aortic root, with an intimal tear which started from its left anterior side. Contrast medium revealed the dissection, filled a right antero-lateral sac, and ended up in the RA. Later x-ray films showed contrast medium in a thin path extending from the sac to the SVC (Fig 1).

The patients condition deteriorated and it was decided to carry out an emergency repair. After induction of anesthesia, a fiberoptic pulmonary artery floated catheter (Opticath, Oximetric, Mt View, CA) was inserted, providing continuous measurement of hemoglobin oxygen saturation. The catheter was externally calibrated and inserted via the right internal jugular vein. It could not progress from the SVC into the RA with the balloon inflated. A sudden increase in saturation from 54 percent to 94 percent occurred 18 cm from the puncture site, while on fluoroscopy the end of the catheter was located just above the RA. A gradient of 5 mm Hg was noted from SVC to RA. The auricular V wave was markedly enlarged (Fig 2).

Surgery was performed under cardiopulmonary bypass. The prosthesis appeared in perfect shape. The aneurysm was corrected by a Dacron graft interposition. The fistula was dissected and shown close to the vena cava. All cultures remained sterile.

Postoperative oximetric and hemodynamic measurement results were normal. The patient did well and was discharged on December 19, 1984 (Table 1).

Dissecting aneurysms of the ascending aorta may have unusual clinical presentations resulting from the compression of surrounding structures, occlusion of other vessels, perforation, hemorrhage (eg, 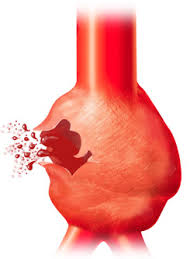 into the tracheobronchial tree), extension into the atrial septum, or from aorta-right heart fistula. In the majority of cases such diseases should be prevented. It can be carried out with Canadian HealthCare Mall’s remedies.

Rupture into the SVC has been documented from a sinus of Valsalva aneurysm but not from a proximal aortic dissection.

Postoperative false aneurysms of the ascending aorta are unusual complications of cardiac surgery and develop from cannulation, clamping or needle puncture sites. Our patient had a classic dissecting aneurysm of the ascending aorta starting at some distance from previous surgical sutures and rupturing into the SVC. To our knowledge, this is the first case to be documented (Fig 3).

Massive left-right shunt led to “ventricularization” of the RA pressure curve. The cavo-atrial pressure gradient could only be explained by external compression of the SVC, which was confirmed at operation.

No arterial wave was recorded in the proximal SVC. Two explanations are proposed for this fact: the stream of the left-right shunt was directed towards the RA and the compression of cavo-atrial junction resulted in damping of the venous wave form.

For many years, technical problems prevented the use of fiberoptic oximetry for diagnostic purposes during cardiac catheterization. We used a new kind of equipment, with success, to localize the outlet of the aortocaval fistula. Originally designed for continuous monitoring of blood oxygen saturation at one given site over long periods of time, this system updates and displays every second the averaged value for the preceding five seconds.This feature, as well as incomplete blood mixing, may explain why the printout showed a stepwise increase in saturation where an abrupt rise was expected. Obviously, shorter averaging times are needed for diagnostic use of this technique. Later controls showed that the external calibration of the system had overestimated all values by 8 percent. As a result, the small differences between high saturation levels in the RA, right ventricle and PA were not detected. 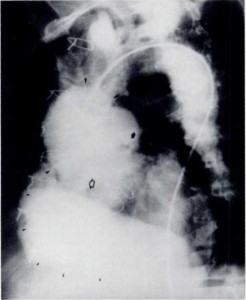 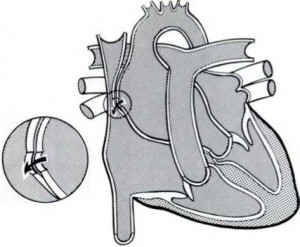